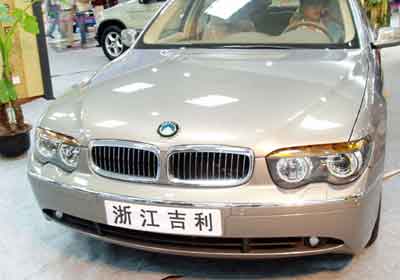 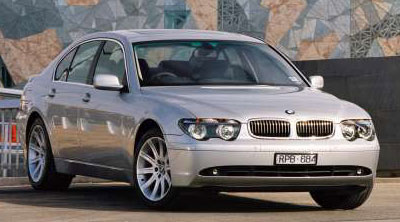 Looks like a BMW.. smells like a BMW (well, maybe not).. but it aint no BMW.. notice the hood ornament.. it looks like the logo for Pabst Blue Ribbon.. which is ironic since Pabst tries to be beer, the same way this Chinese car manufacturer tries to be BMW..

I guess I cant be too hard on the Chinese counterfeiters though.. I have a Chinese LV wallet that has actually held up pretty well.. it cost me a whole $10 USD.. I also bought a bunch of fake Mont Blanc pens.. those were cool as the “hey man, I got you something from China” gift.. they were like $2 USD each.. they even sold the refills that had the Mont Blanc printed on them.. although one guy I gave it to dropped it and it fell apart.. but I hear the quality of the fake stuff in China is improving.. my friend showed me a Tag Heuer he got in Shanghai.. it looked and felt really good.. nice and solid, if it werent for the fact that Tag Heuer didnt make a watch that looked like that, I would’ve thought it was real.. HAHAHAH

Odd.. my last 3 posts had something about BMW in them :neutral:..