Of course, this is not official word.. although I’ve been following the rumors on DPReview.com for quite sometime.. partly because I now own a 20D and partly because I will be upgrading to the new 20D replacement as soon as it comes out :lol:.. in any case.. I saw this pop up in a post today: 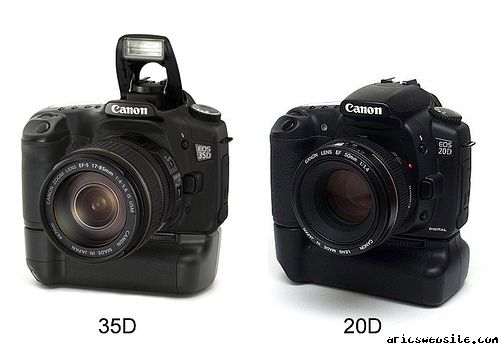 Now, at first I was thinking.. ok, this picture of the so-called 35D looks a lot like the “leaked” pictures previously posted on DPReview.com.. in case you didnt see those, they looked like they were taken with a crappy cell phone camera.. but there were some noticable differences that couldnt be attributed to Photoshop magic.. but then there was the following picture of a 35D owners manual: 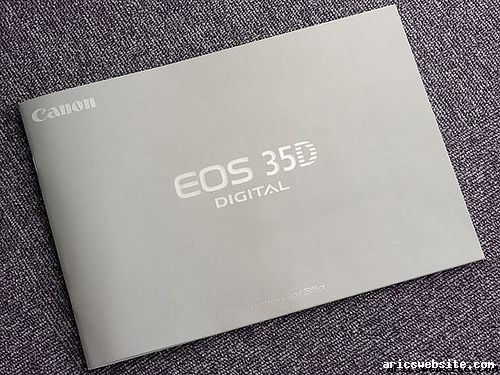 If you look at the first photo of the two camera, the 35D emblem on the camera on the left looks kind of photoshopped.. so when I saw the picture of the manual, I figured, “eh, this one is easy to photoshop”.. but upon closer examination, you can see the faint printing of a URL at the bottom: 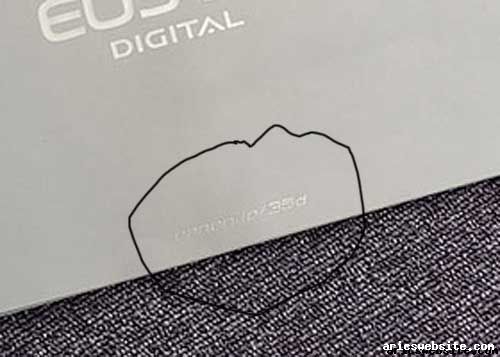 Please excuse the bad circle drawing.. it was done on my touchpad mouse on my HP L2000 AMD64.. anyway, in case you cant read it, it says:

I thought.. “ah ha.. I’ll check out this URL and if it doesn’t work, then this is a nothing more than a photoshopped picture”.. so I tried it, http://www.canon.jp/35d.. and it redirected to the Canon Japan 5D page.. now, a redirect isn’t out of the ordinary if you come upon a non-existant page.. the fact that it redirected me to the 5D page is questionable.. so I tried something else.. if the Canon Japan web guy was trying to be cool by redirecting non-existant pages to the 5D page, then if I tried a totally weird URL, like, http://www.canon.jp/40D, it should do the same thing, right? WRONG.. if you try that URL, or any weird URL you can think of, it takes you to an error page.. which leads me to believe theat the canon.jp/35d page is there for a reason..

Now, you’re probably asking what the specs are going to be.. here’s my guess based on all the rumors I’ve read:

– 10.4 megapixels or something around there (gotta at least match the Nikon D200 specs, right? and megapixels sells!)
– 5.5 fps (just to provide a marginal improvement over the 20D’s current 5 fps)
– Better noise reduction, possibly from the introduction of the D!GIC III processor
– New focusing system, perhaps based on the 5D
– New battery grip, because, well, Canon just likes to dick with existing Canon camera owners (plus, you can see in the photo the grip is different)

Aside from that, I guess we’ll see at the PMA show in February..

EDIT: Ok, its been pointed out that any page ending in a 5D will re-direct to the 5D page.. although I checked 50D and it did the same thing.. 40D still does not.. and 3500D goes to a generic error page.. I guess we’ll see soon enough..

UPDATE 02/17/06: Latest “leaked” image of THE CANON 30D!.. read more here.. but for the most part, all 3 pictures look very very similar.. there are differences though.. but I’m starting to believe that this latest pic is the real deal..